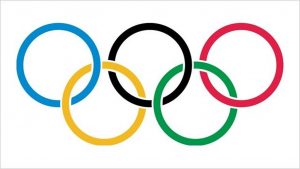 2020 hasn't exactly gone the way we envisioned. (Get it? 2020 vision? Couldn't resist.) So much has happened, particularly with the Coronavirus, that we didn't expect. Unfortunately, this has meant missing out on other things. While most people can relate to missing graduation, weddings, and other celebrations, not getting to have the summer Olympics this year has been widely felt. Since we don't get to tune in live, let's take a look at and relive some past Olympic moments.

So what constitutes the most famous moments in Olympic history? Well, that depends on who you ask. What I deem as memorable may not mean anything to you. Let's track some of the famous moments from each Olympics, starting in the 1930s through 1980. You can read more about them at our source, the official website of the Olympic Games.

The Olympic committee awarded the 1936 games to Berlin after World War I to give Germany a chance to show it was coming back. Here are some highlights:

This was the first Olympic games in over a decade, and London hosted with very little notice. Rationing and scarcity of essential products presented a huge challenge.

During the 1952 games, some feared that Cold War tensions could lead to entanglements between countries. Fortunately, this did not come to pass. Here are some Olympic moments:

Because of horses needing to be quarantined upon entering Australia, equestrian events took place in Sweden later in the year. Other Olympic moments from the 1956 games:

The 1960 games allowed Italy to show off its rich history by holding events in ancient places, like the wrestling competition in the Basilica of Maxentius. Other moments:

1964 was the first time the Olympic games were held in Asia, and the torch carrier was specifically chosen because he was born the day the the atomic bomb exploded in Hiroshima. Here's more:

Its high altitude made Mexico City an interesting choice for the games. While it actually helped events like throwing and weightlifting, participants in endurance events had a harder time.

On 5 September, eight Palestinian terrorists broke into the Olympic Village, killing two members of the Israeli team and taking nine hostages. In the ensuing battle, all nine Israeli hostages were killed, as were five of the terrorists and one policeman. In defiance of the terrorists, the IOC ordered the competitions to resume after a pause of 34 hours.

Obviously, the above events overshadowed all other aspects of these games, but here are some highlights:

In 1976, 22 African countries participated in a boycott of the games, protesting the New Zealand rugby team's tour of apartheid South Africa.  Other moments include:

Because of a US led boycott to protest the Soviet invasion of Afghanistan, only 80 countries competed. Here are some other items:

We've talked about how you can entertain yourself at home during the Coronavirus, but catching up on memorable Olympic moments could fill many hours. We'd love to know your favorites! You can join the conversation over on our Facebook page.