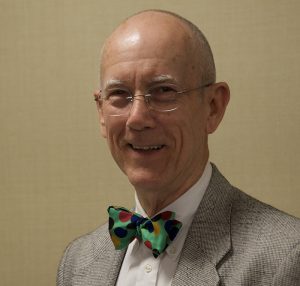 Michael Boykin, a native of Chesterfield County, went to school in Midlothian and college at Virginia Commonwealth University. He has worked in news journalism and human services. He joined Seniors Helping Seniors in 2014 after having been his mother's caregiver and co-caregiver for his father. The work teaches him patience as he lives the adage of treating people how wants to be treated.

He was one of my best friends, despite our 20-year age difference.

Soon after I started working with Seniors Helping Seniors, I was asked to visit Dick at Brandermill Woods. A widower, he had moved there months before to be closer to his daughter and her husband.

At the time of my first visit, he had just returned from having a hip replacement surgery. Annette and Ron were staying with him during this recuperation period and I would be there to take him out and about on errands.

And that we did. Although Brandermill Woods offered van services locally, he preferred having a driver so he wouldn’t have to wait for the van to return or to tackle the steps on and off.

He would take me to lunch because he didn’t like eating alone, certainly not at home alone or in the Brandermill Woods dining room where he couldn’t hear conversations very well.

In his 80s, he had his fair share of health issues. He once told me that he dedicated so much time to caring for his wife and sons as they were dying that he neglected his own health.

Despite his health issues, impaired hearing and sight, he still had a brilliant mind, sharp with great recall.

He stayed abreast of what was happening. He had an earphone set so he could listen to NPR news in the morning. He pulled up a chair close to the television at 10 p.m. every evening to catch Rachel Maddow.

He listened to books on tape.

He worked crossword puzzles under a huge magnifying screen called a Merlin. Whenever I visited, I brought my morning newspaper so that he had a fresh puzzle. For his birthday, I gave him four large print crossword puzzle books.

Usually, after the errands of the day and lunch, we played a game of Scrabble. He would stand over the board with a 1’x2’ magnifying glass and study the board until he found the play worth the most points.  He told me, “Don’t ever let me win or I’ll never play you again!”

Visits with Dick started out as many as three times a week. Then we settled into a routine on Wednesdays when his cottage was being cleaned. On those days, we might go to breakfast then off on errands.

He was one of several of “my seniors.” One day in October I was visiting another of “my seniors” at his memory care center when my phone rang.

He had talked to his daughter from this phone in one room, walked into his bedroom, readied himself for bed, and collapsed on the floor.

That was the way he wanted to go. He would never have gone to a care center.

Needless to say, after being his companion and friend for four years, I was devastated. I called Lurene Reck, our manager with Seniors Helping Seniors, to tell her. She answered and I couldn’t speak. Grief had overtaken me.

The next day was Wednesday when I would normally visit with him. What could I do? I couldn’t sit in my grief.

Instead, I decided to share his passing. I went to the restaurant where we ate often. Our waitress was there. “He died,” I told her. She hugged me and I cried.

I went next door to the Food Lion pharmacy to the staff who knew of us both going there for his prescriptions. I didn’t cry.

Last, I went to the barber shop, staffed by all women. When I walked in without him, his barber knew something was up. “Sometimes people stop coming and I never know why,” she said. “Thanks for sharing.”

Thanks, Dick, for sharing your friendship and your example of facing life and its challenges with dignity.